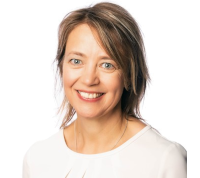 We highlighted in our most recent Schools Law Brief the publication of KCSIE 2021 which comes into effect on 1 September.

The widespread acknowledgment that many have suffered abuse without reporting it, has resulted in a new mantra from this year's edition, which can be simply summarised as 'see something, say something'.

We have set out our view of the main developments and recommended actions for schools to take to comply with them below.

Part 1 - Safeguarding Information for All Staff

There is an increased focus on peer-on-peer abuse in Part 1 and throughout the document, with schools being reminded that even if there are no reports of this, it does not mean it is not happening. Staff are expected to be vigilant and to record and report concerns. The guidance reminds us that all forms of peer-on-peer abuse are unacceptable, not just sexual violence and sexual harassment as referred to in Part 5 (misogyny is expressly referred to in Part 1 for the first time in this context). Staff have long been required to know what to do if a child tells them that they are being abused or neglected, but are now expressly required to reassure those reporting this that they are being taken seriously. They are also reminded that technology and online abuse can be a significant component in safeguarding and wellbeing issues.

This section also gives some clarity about expected record-keeping (schools should ensure that a summary of each concern, and a note of the actions taken, decisions reached and outcome of each matter is retained, kept confidentially and stored securely in a separate child protection file for each child, where possible).

Part 2 - The Management of Safeguarding

Governing bodies and proprietors should ensure they facilitate a holistic approach to safeguarding, with the best interests of children at their heart.

There is an increased focus on the need to ensure an effective safeguarding culture, which is not formally defined, but which we consider to be one where people identify concerns and report them, confident that appropriate action will be taken. At every level, governors, leaders and staff should be actively addressing and challenging inappropriate language and attitudes in school which could lead to "a culture of unacceptable behaviours, an unsafe environment for and in worst case scenarios a culture that normalises abuse leading to children accepting it as normal and not coming forward to report it".

There is also an increased focus for governors and proprietors on online safety (with tailored approaches to teaching children to keep safe and an annual review of the school's arrangements recommended) and a new requirement for schools to consider the adequacy of safeguarding arrangements where their premises are used by others and ensure they have the right to terminate the arrangement in the event of safeguarding concerns.

Part 3 has been substantively restructured and more detail is provided around the expectations of schools, although the underlying legal obligations for the most part remain unchanged.

Key changes include the requirement for schools to have regard to the use of application forms (which were best practice and commonly used in any event), recommendations that schools check identity from birth certificates where possible and that they gather information relating to criminal records in a separate self-declaration document and then only at shortlisting stage (rather than earlier in the recruitment process).

Part 4 - Allegations and Concerns About Staff

Perhaps the most significant change for those schools which do not already have a clear policy for the management of low-level concerns about staff, is the requirement to introduce one. This need not be a standalone document.

Such an approach is designed to capture concerns about any adult working in or on behalf of a school, where they behave in a way which is inconsistent with the school's code of conduct or otherwise behave in a way which causes concern (even if they don’t meet the 'harms threshold' for the referral of allegations to the local authority). This is designed to capture any concern, no matter how small, because they may evidence the start of a 'slippery slope' of misconduct, a theory espoused by safeguarding expert, Marcus Erooga in his evidence to the Independent Inquiry into Child Sexual Abuse. Examples of such conduct include staff being overfriendly with children, having favourites, taking photographs of children on their mobile phone, engaging with children on a 1:1 basis in a secluded area or behind a closed door, or using inappropriate sexualised, intimidating or offensive language.

Reports of these concerns should be shared responsibly and should be recorded and dealt with appropriately. They should generally be discussed with the person raising the concern, the person about whom it was raised and any witnesses in order to determine what further action is warranted and help to clarify professional boundaries. Staff should also have a facility to self-report. Schools should consider how and how long to store any such records (there must be an argument that they should be retained indefinitely).

Other changes include the fact that contractors and governors are now expressly included in Part 4, and schools should ensure that allegations and concerns about them are dealt with properly. There is also some helpful clarification about the extent of internal investigation which is appropriate before the school contacts the LADO and about references.

Given the rise of the Everyone's Invited movement and the content of the Ofsted review, it is no surprise to see that KCSIE 2021 includes more content on peer-on-peer abuse.

Apart from confirming that schools are expected to respond to all such concerns, including those which have happened outside or online, the guidance does not clarify a school's obligations as recommended by Ofsted. Management of these matters remains a matter for the school (usually the DSL), who should liaise with police and social services as appropriate. It is now clear that the DfE expects findings to be made, where possible, on peer-on-peer allegations (using the same categories as those which apply to staff, namely: substantiated, unsubstantiated, unfounded, false and malicious) and appropriate action to be taken (seemingly using the 'slippery slope' analogy referred to above, in that it states that "addressing inappropriate behaviour (even if it appears to be relatively innocuous) can be an important intervention that helps prevent problematic, abusive and/or violent behaviour in the future".

The updated guidance (both KCSIE and SVSH) sadly do not give clarity about obligations to report peer-on-peer issues which are brought to a school's attention after those involved have reached majority.

The DfE has changed its approach in this iteration of the guidance, setting out an abridged version of Part 1 in Appendix A for staff who do not work directly with children, where the proprietor thinks this summary is more appropriate.

We would recommend the following actions ahead of the start of the new term:

How We Can Help

We are in the process of updating our safeguarding and safer recruitment materials - to include all relevant policy templates and the additional resources which are available free of charge on OnStream. We are aiming to have these ready for 16 August. New to OnStream is a table which pulls together the various indicators of harm, which we hope is a useful resource.

Those of you who subscribe to our Compliance Toolkit will received a more detailed analysis of the updated guidance and recommended actions to ensure compliance shortly. We are also providing a 'Back to School' update for schools to help them to share key developments with staff.

Through our eLearning platform we will have modules available on KCSIE Part 1, Annex A and Part 2. These are designed to help schools deliver training and check that all staff have read and understood the relevant aspects of the guidance.